I would like to introduce you to another project of mine. It is a small city scene that represents the inner city area of Jena. The scenery is created as a pure city scenery and therefore will not include an airfield. The airfield has already been created and published by the developer Thomas Zipfel: Airfield EDBJ Schöngleina

Now, the Jena City Scenery is completed in large parts, but what is still missing are a few of the cityscape formative building. Also called Poi's. There is the fortunate circumstance that the city of Jena could be found as a partner, which, upon request, is heading for some architectural model for the project. Only the textures have to be slightly reworked.


Pictures from the current state of development ...

Digital Elevation Model (DGM1) in the GIS application. DGM1 stands for a mesh resolution of 1 meter

The colored orthophotos (DOP20) in the GIS application. From this the DOP60 orthophotos were derived

The 3-D models still without textures


The important JenTower was missing. This is now provided by ORBX. My request there was personally approved by the boss John Venema. Many thanks to Sascha Normann for his dedication and mediation.

So far the current state of Jena. But now it's time to continue with the Beta-test for EDGT Bottenhorn airfield

Great work, those images are amazingly realistic, I wish I could pick your brain a bit, specially the accuracy of your autogen vegetation and buildings.
Bernardo.

Thank you for the kind word. Later it continues here, at the moment I'm in the beta test for Bottenhorn

A small information update on the current state of development in the project Jena.

First, the information that there is a new avatar development especially for Jena. These are three cyclists who are freely controllable, just like the usual avatars. Only the cyclists got certain animations: idle, drive, drive fast, wheelie and backwards. 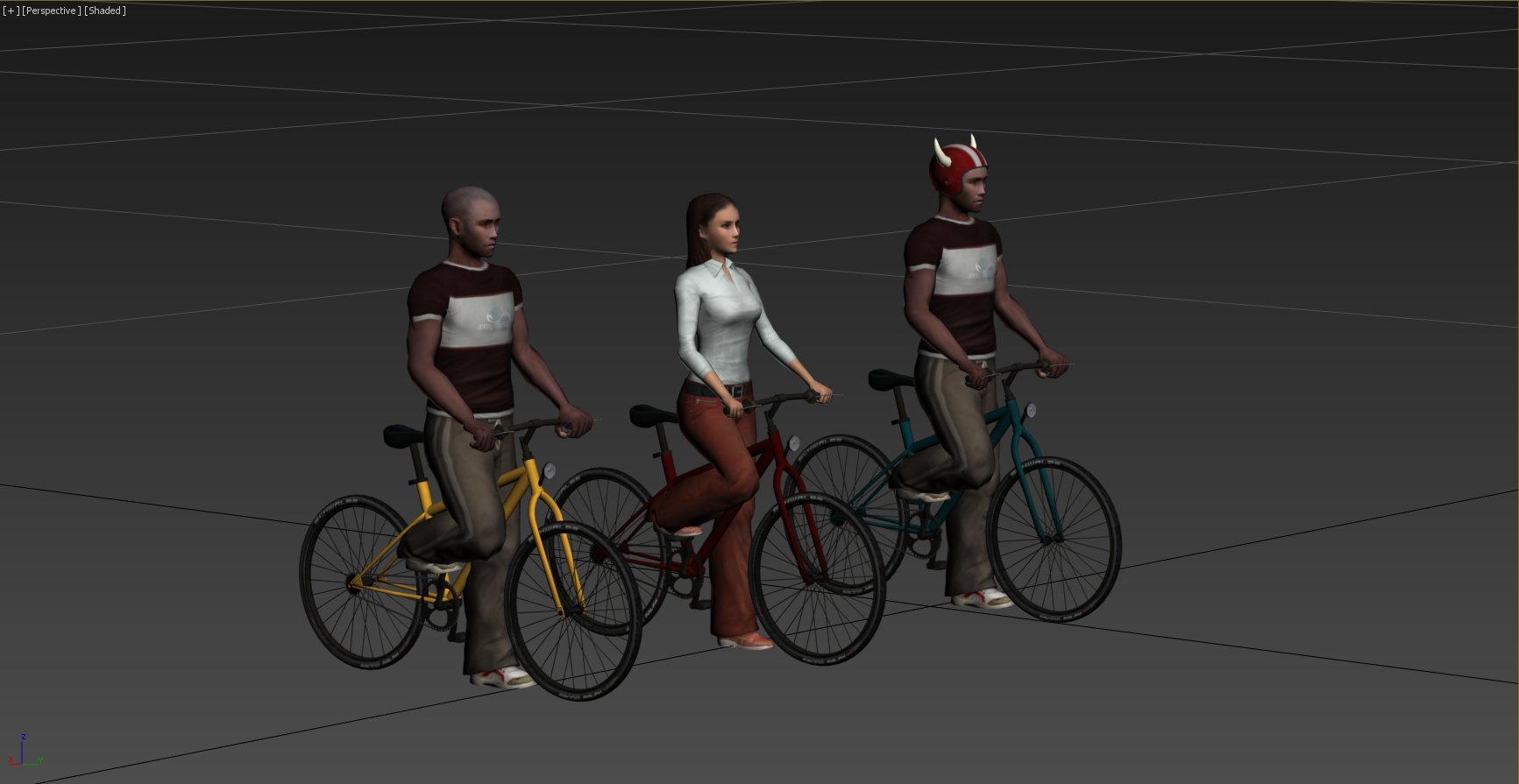 There are two male and one female cycling avatar 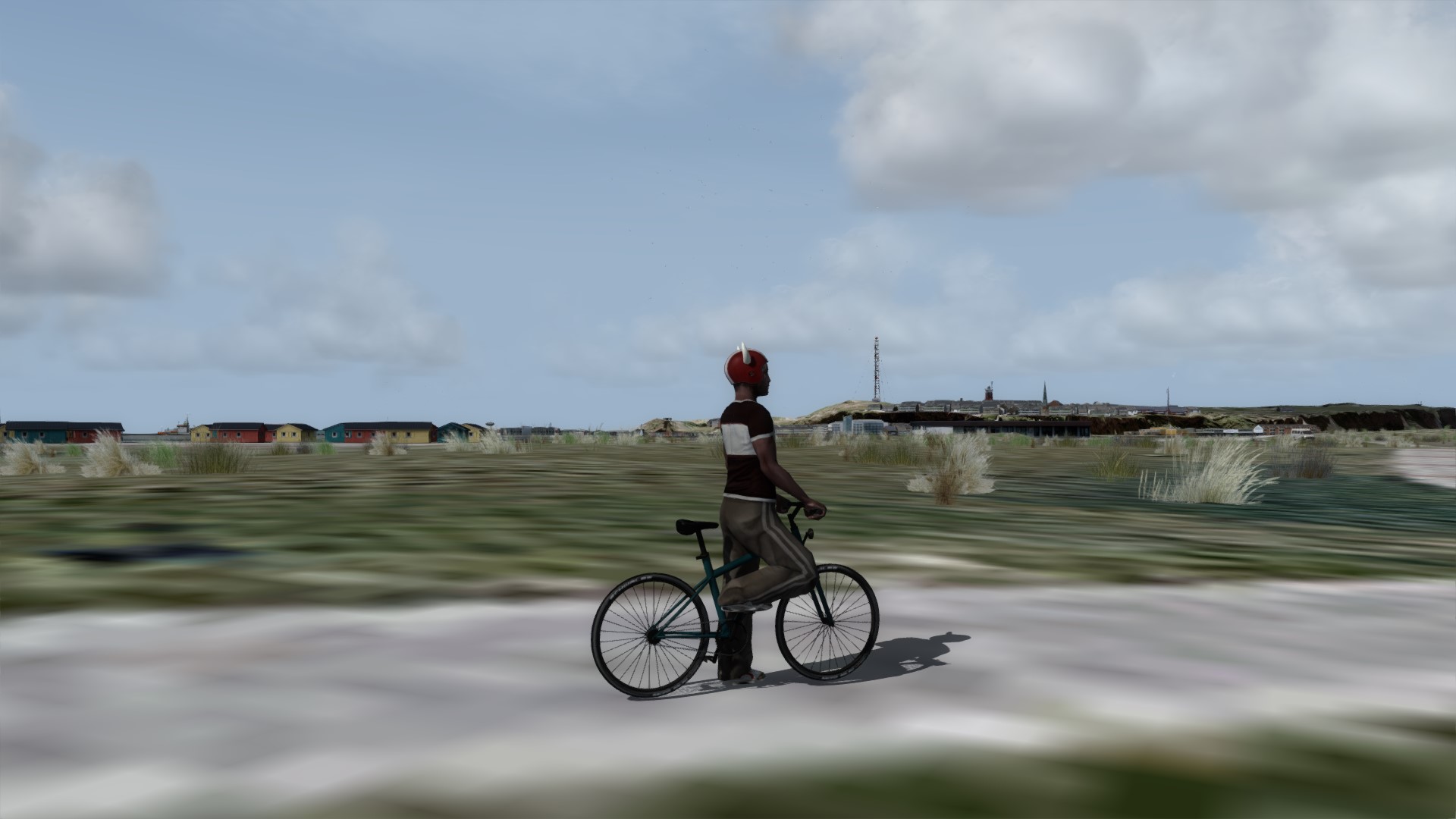 Cycling on Limesim Helgoland in the P3Dv4. This is very relaxing - highly recommended!


The bike Avatar has now also an eye on traffic safety thrown. In addition to a functioning front light, which was equipped with a dynamic light, now works the taillight
The special feature here: the lights are switchable - they have got Clickspots and can be operated with the mouse: 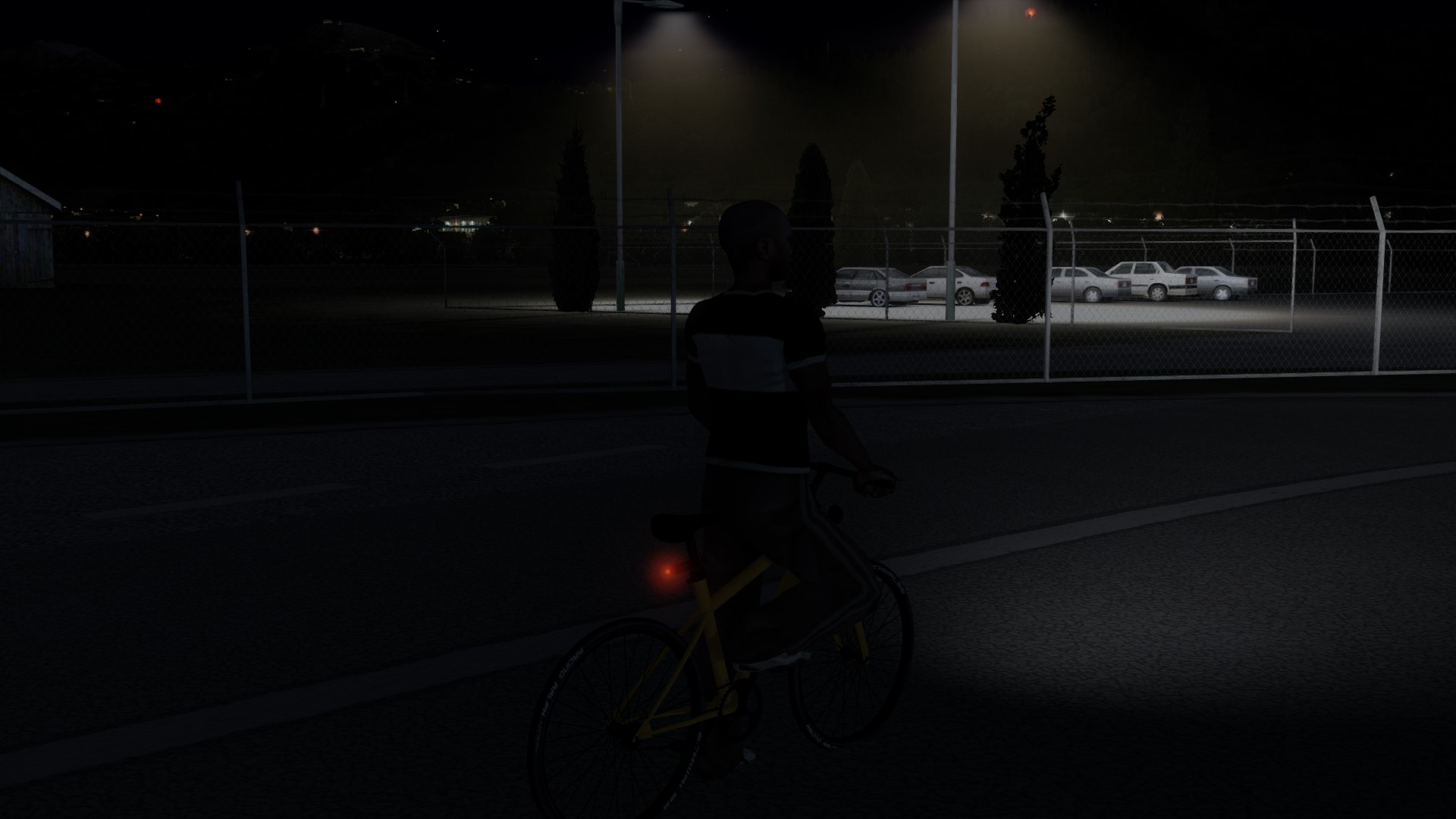 Now also excursions in the evening are possible


The autogen in Jena (vegetation and buildings)

The works on the autogen are now completed: 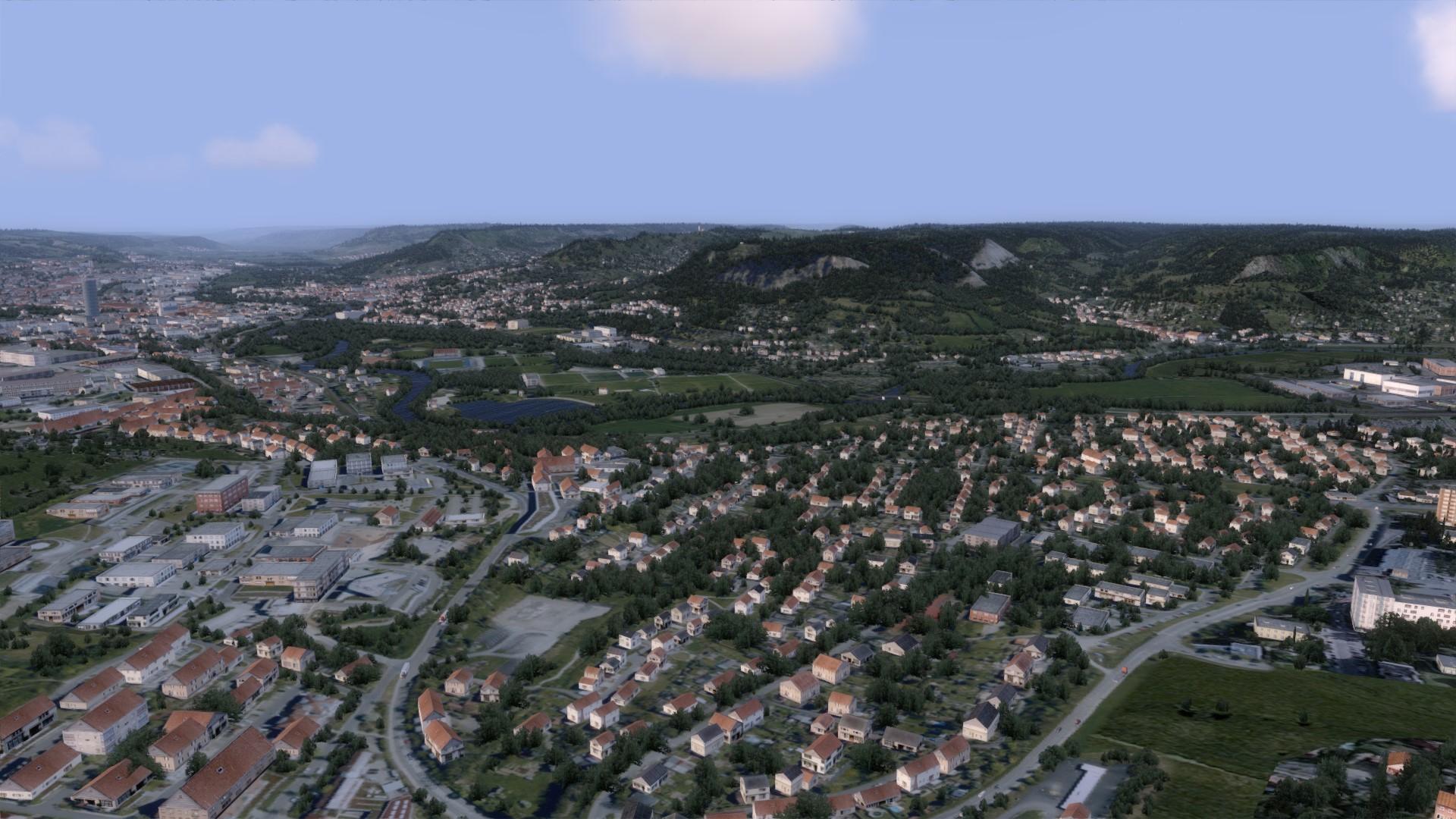 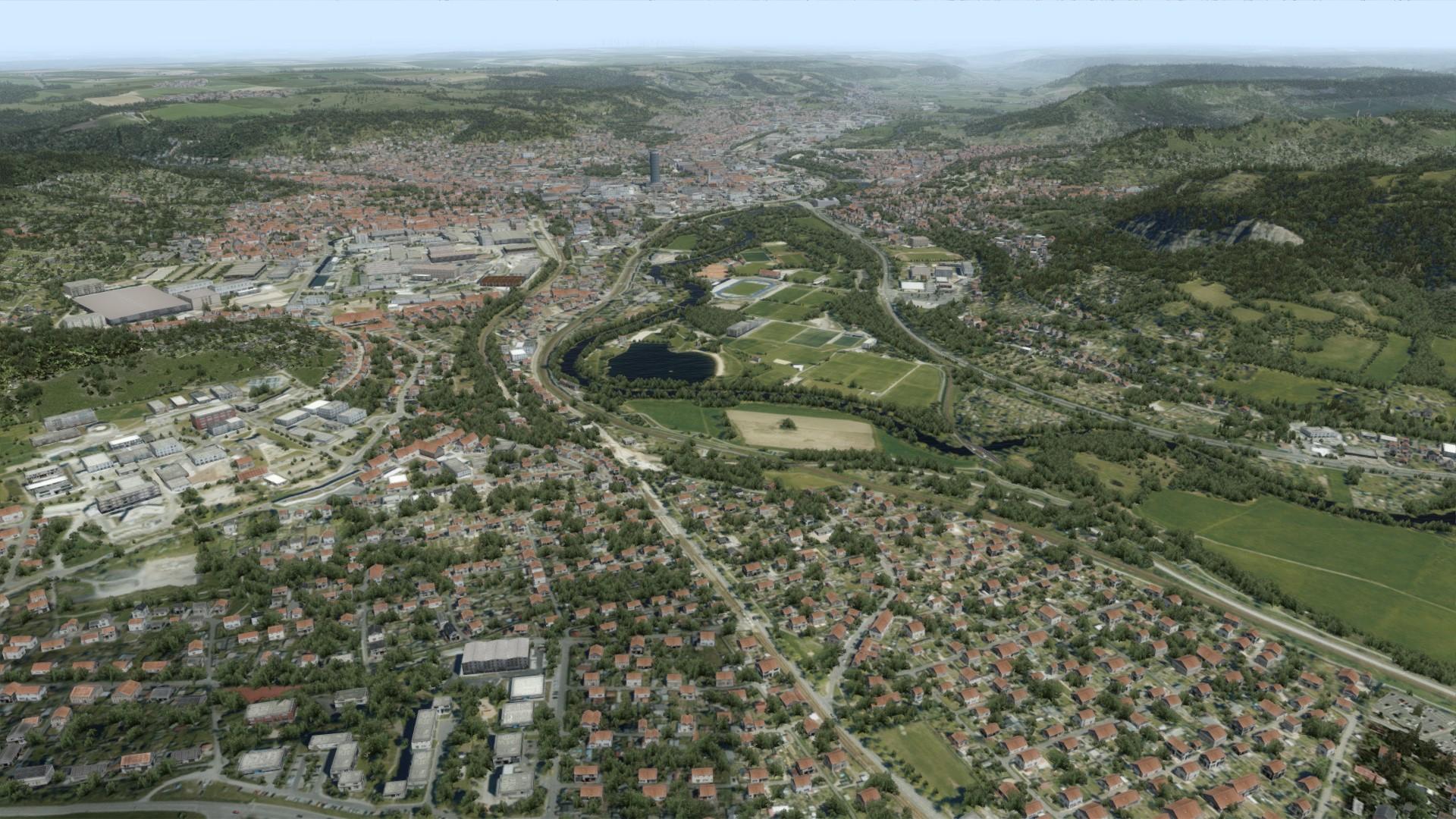 The buildings are ready. They were successfully transferred from the CityGML software to the 3-D software and then exported to the P3Dv4. Here is the result: 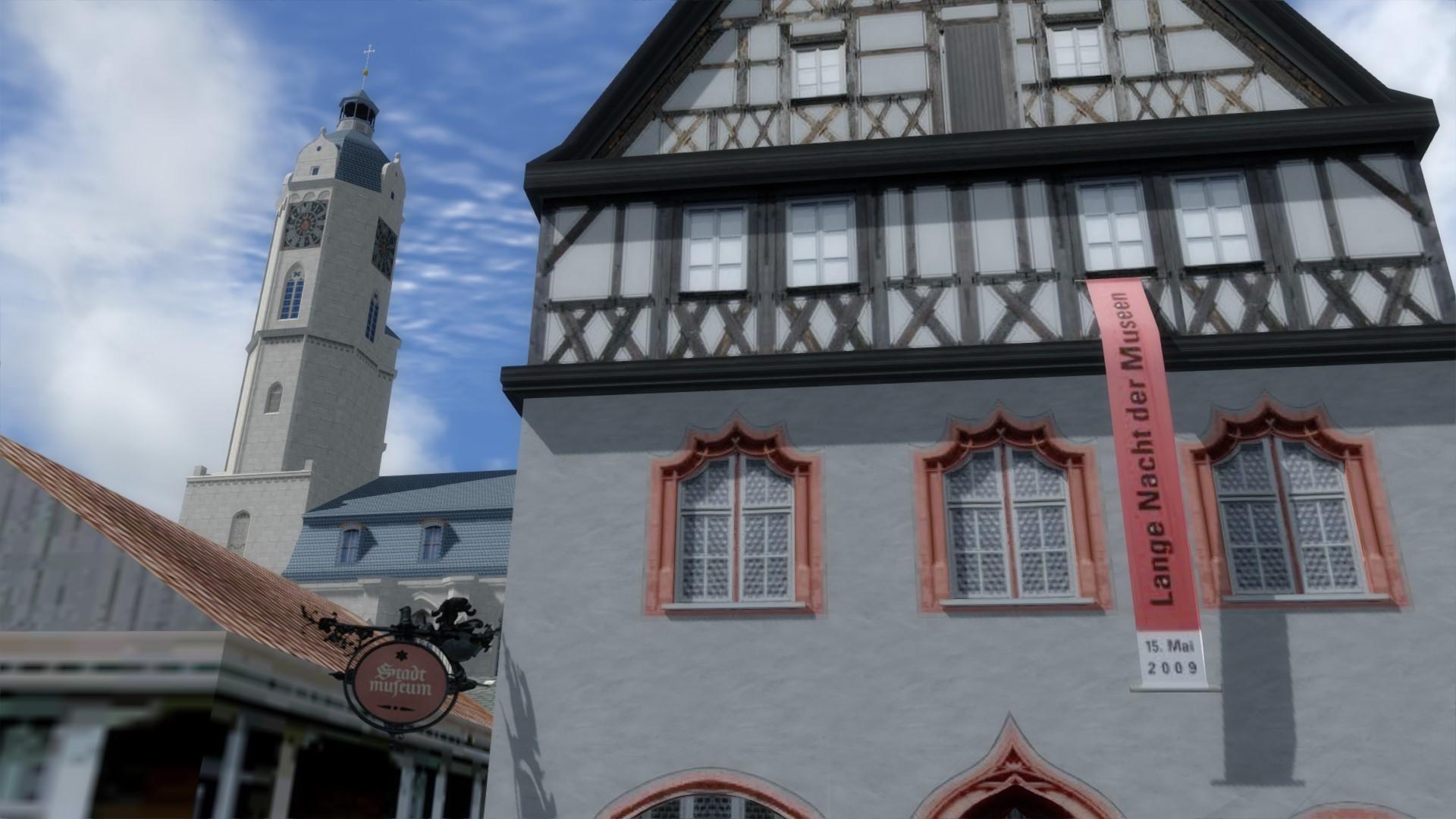 One of the buildings, the town hall, is partially accessible, so that one can see here a small picture exhibition by Dirk Witten. Dirk is a hobby photographer with artistic ambition: 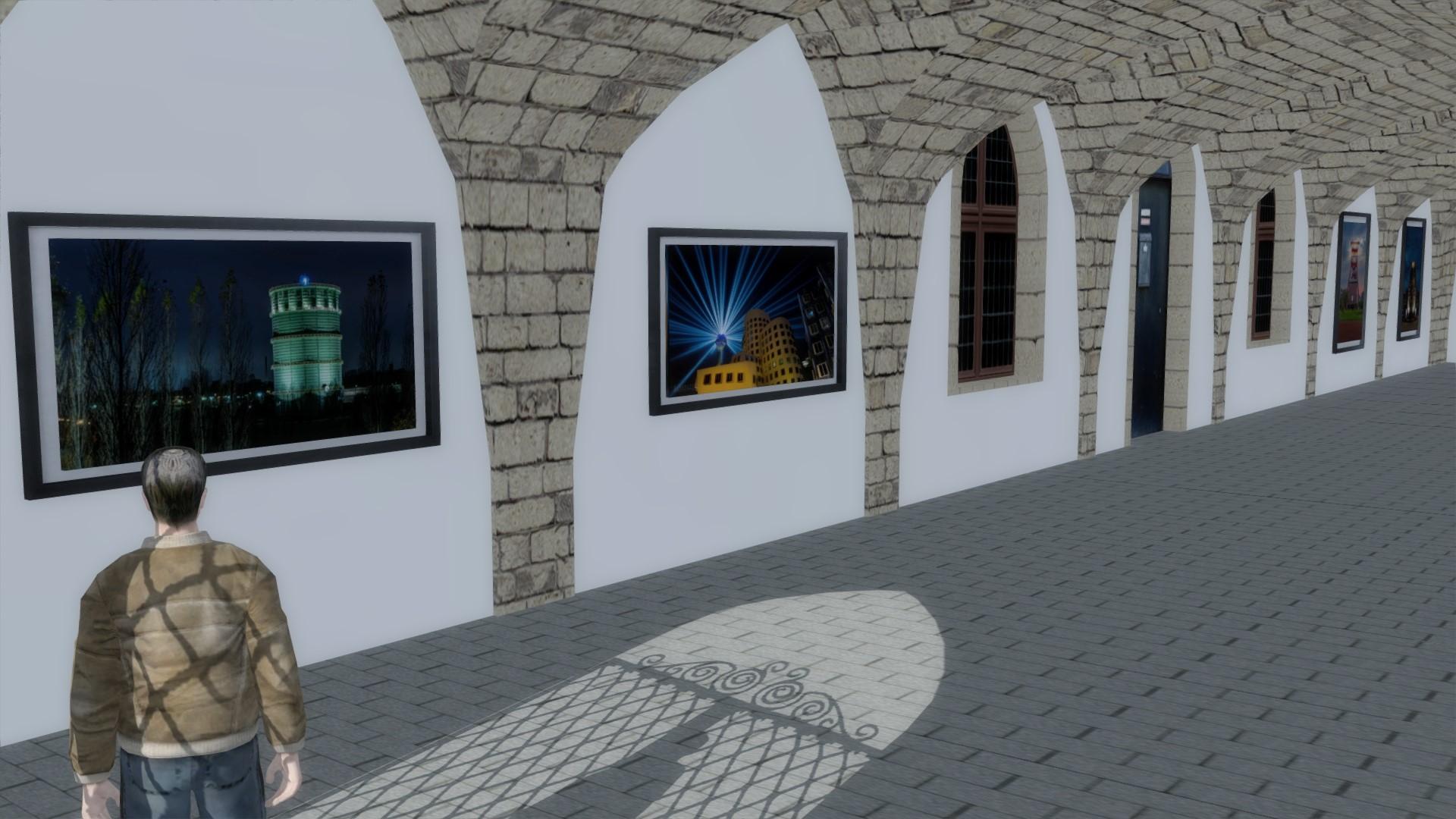 
As far as the current state in Jena. Now we continue with the retouching of the orthophotos. Here you have to erase the bridges (in aerial imagery) and replace them with 3-D/Extrusion bridges.
Last edited: 29 Jun 2018

Arrgh - my head does explode! What a detailed project. Like the avabikes...

manschy said:
Arrgh - my head does explode! What a detailed project. Like the avabikes...
Click to expand...

The term Avabike is very cool!

If there is no copyright on that, then I would like to borrow the term Avabike

After an interruption, the Jena project is finally continuing. Most of the work is now complete and the night textures, documentation and installer continue to work.

In order to be able to explore the city of Jena, which is located in eastern Germany, in style, a Trabant (Trabi) will be integrated into the scenery with a little luck. Certainly there will be a Porsche Carrera GT with which you can drive around. The Porsche is selectable via the Vehicle menu and can be fully controlled. The exterior model will be detailed. 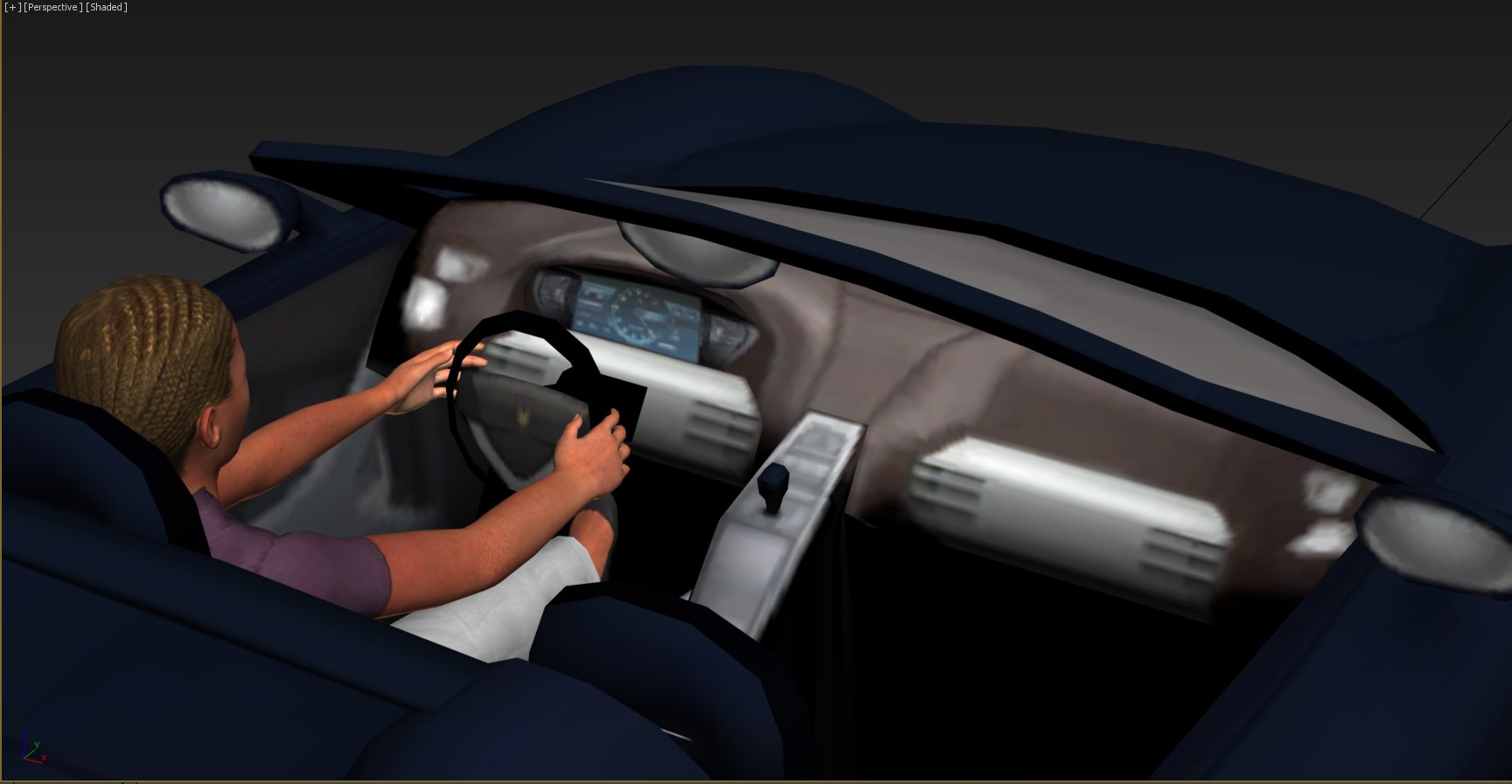 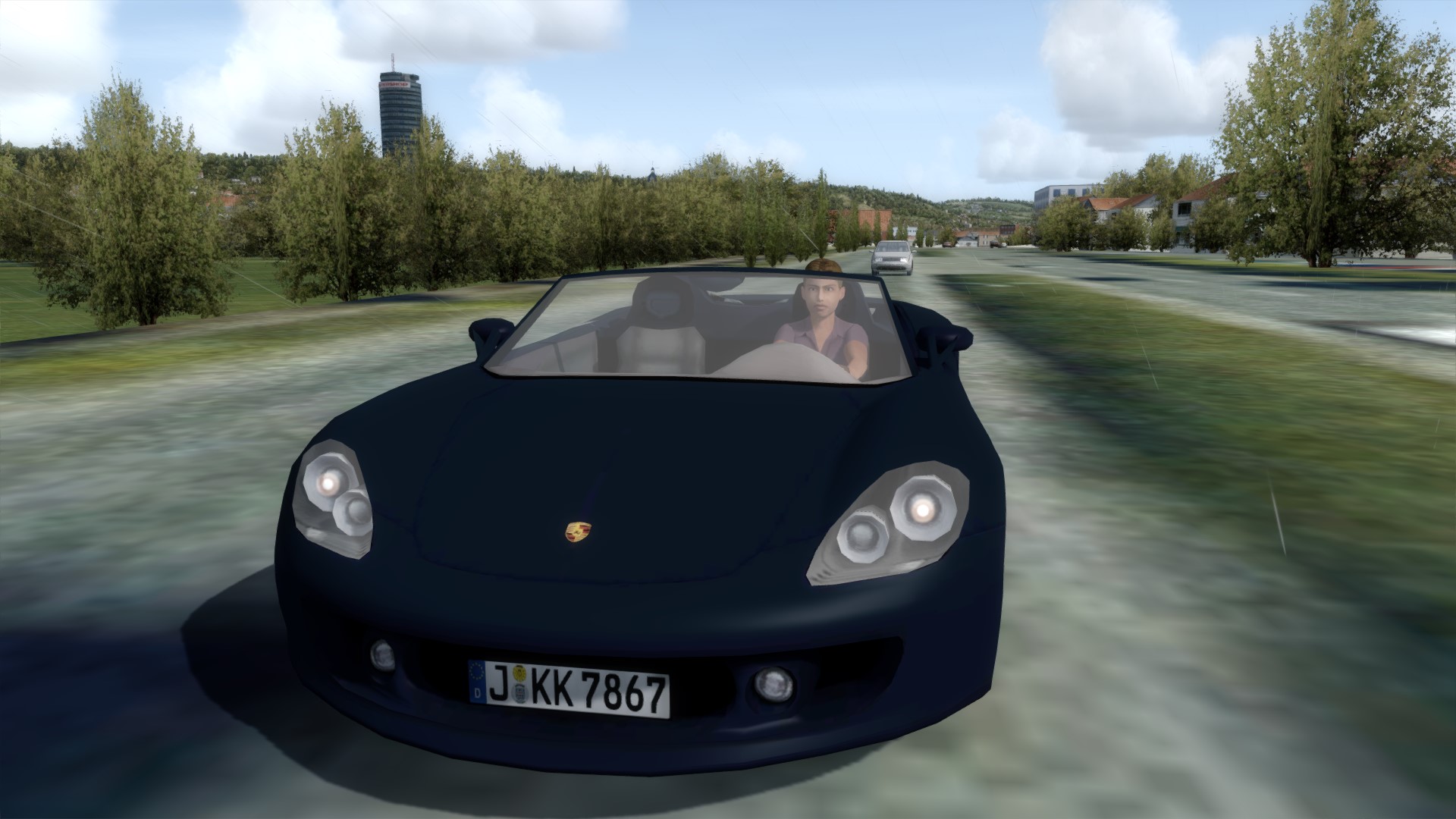 And in the evening with lighting. The lights can be operated via the usual button assignment


Thus, one can then pay a virtual visit as a pedestrian avatar, as a cyclist avatar, as a Porsche driver or as an aircraft pilot of the pearl of Thuringia 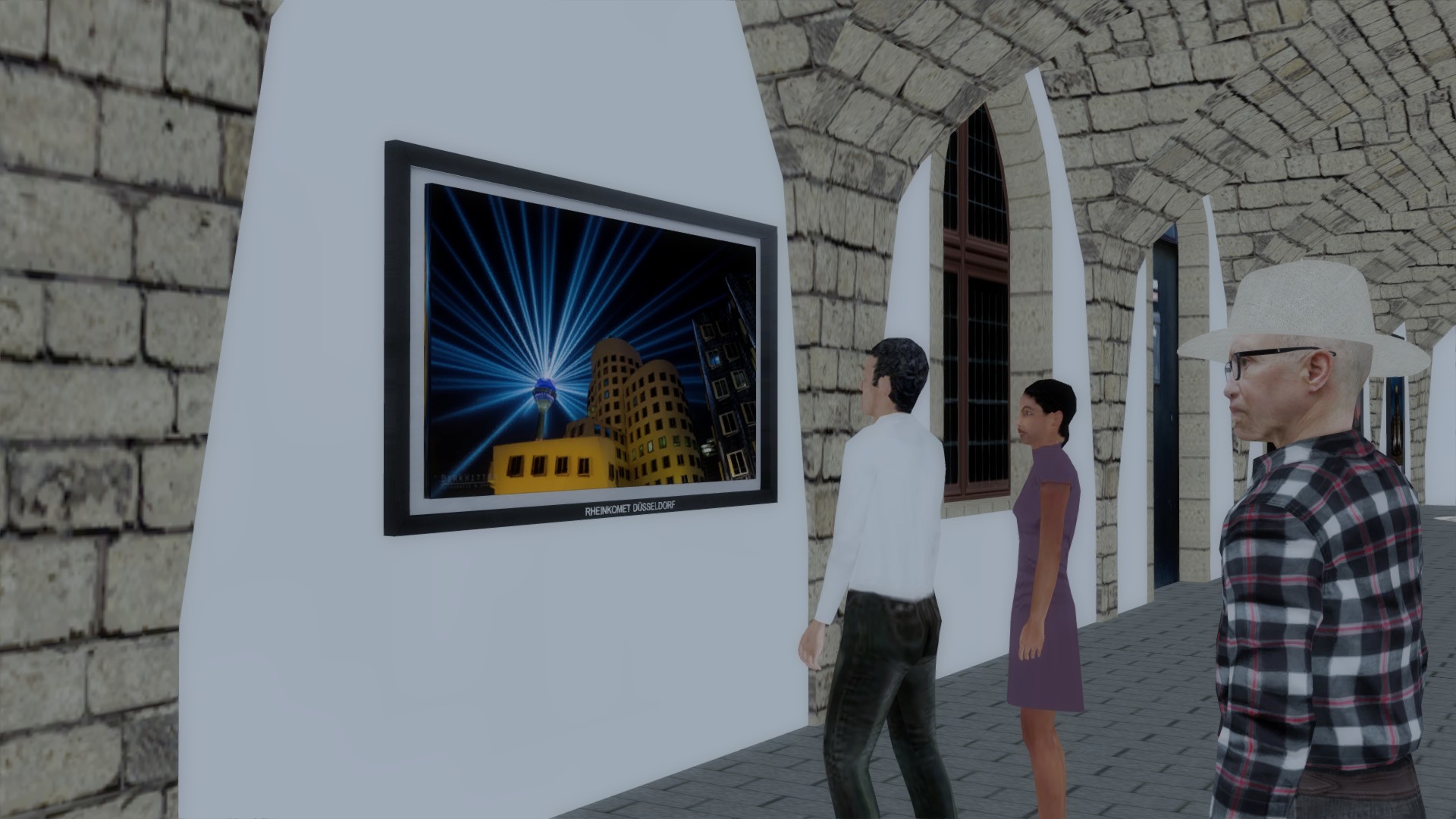 Picture exhibition "Das Ruhrgebiet" by Dirk Witten in the walk-through part of the town hall. The entrance there is of course free

Who wants to explore a city needs a vehicle ...

The temporary Jena "fleet" is ready so far.

Now only a Trabi is missing

Yesterday the scenery Jena City was published and you can download it from the Bahrometrix download page:

The current download contains a first update. For users of VFR Germany East from Aerosft GmbH the Scenery Configurator lite can be used to change the aerial imagery.

While I fiddle around with my two Air Bases, you're designing almost complete cities . My whole respect to that fantastic work! That looks spectacular and all those additional features invites to explore the scenery....well, by your avatars ! Man, of how many hours does your day consist of?

For Scenery Design, the day definitely has too few hours

When I used the installer (P3DV4), it gave two error messages about not being able to write registry values, but it installed fine nonetheless.

Thanks for the feedback

The registration key I can take out again, if I know what it is. For a fault finding , the installer generates a log file, which is located in the Temp folder (C:\Users\...\AppData\Local\Temp). If you want you can send it to me via PM and then I can try to correct the error. The name of the log file is P3DV4_Bahrometrix_JenaCity_Log.log
J

The photo exhibition is so awesome.

Did you try to run the setup file as admin?
J