Is that normal, or is it an issue ?

Is it possible with AIFP, to move slightly the position of some airports ?
G

Resource contributor
It is not normal and, as such, is an issue.

But, its not clear that the problem lies in AIFP. I am unable to duplicate. No one else has made a similar complaint. This area of code hasn't been touched in years. Nonetheless, I'm happy to investigate

Please send me screenshots of your Main Panel and of the Airport Editor in this condition and a copy of the file AirportList.dat from your AIFP folder, and specify how you activated the editor. You can either attach to a return post or email it to me at the address at the end if the user manual.

Ok, thanks for having a look to this.

I start the Airport Editor from AIFP3 main menu, Airports/Open Airport Editor.
Then I en ter the ICAO in field ICAO code, then click Open button.

Here is the result I get, for instance, if I enter LFPG in the ICAO field: 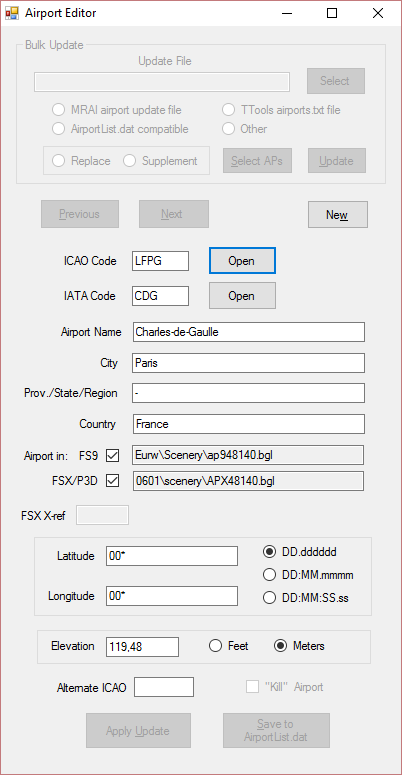 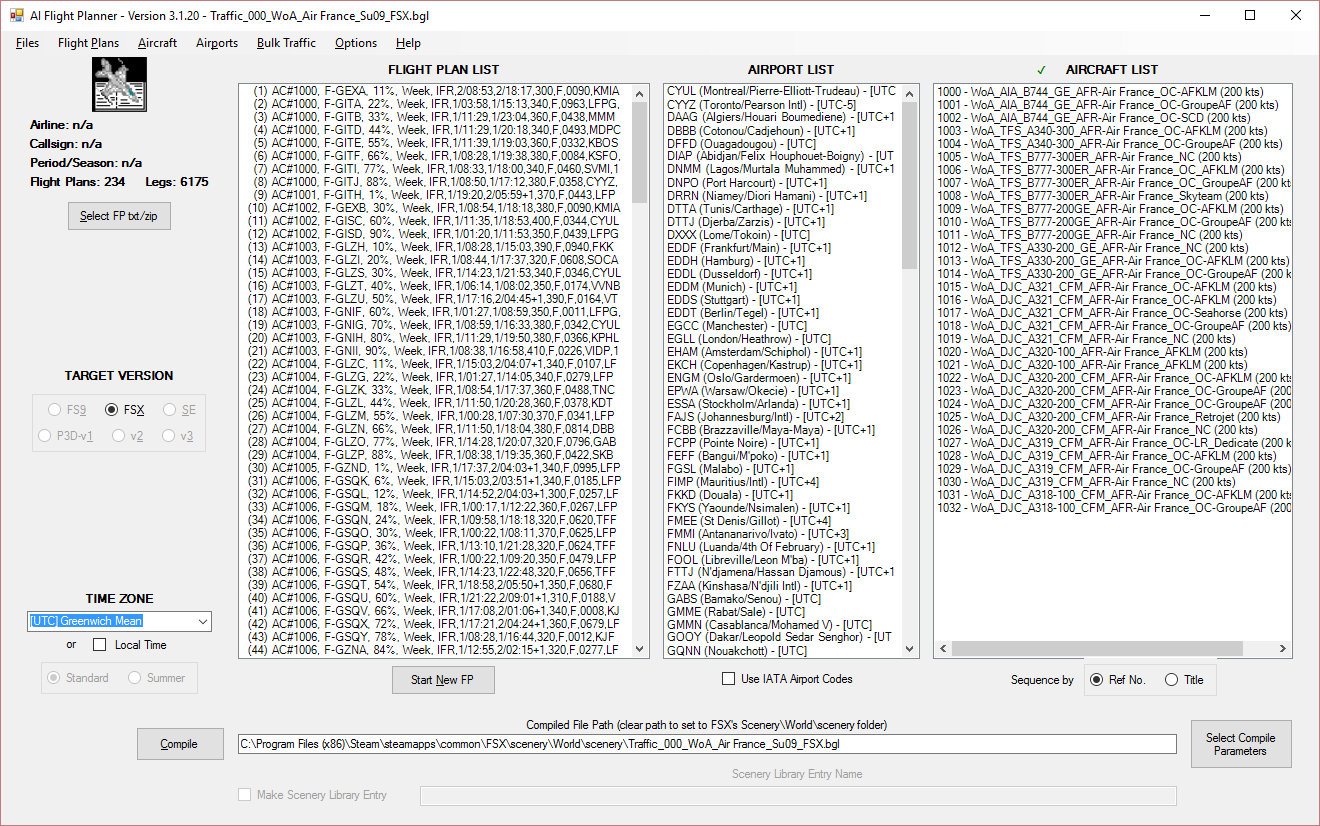 Attached below is the AirportList.dat file, zipped.

Let me know if you need anything else.

Resource contributor
Thanks for sending the requested info. I still am unable to duplicate the issue - even using your airport data (which looks OK).

Please check in your AIFP folder for a file names AirportList - Updates.dat. If it's there, please open it with Notepad or some other text editor and look for a record for ICAO "LFPG". What are its lat and lon?

Ok Don, thanks for your feedback, I think I've understood where the issue comes from.

Firstly, I installed and tried AIFP3 on another computer, in Win7, and I got exactly the same issue.

The point is that I'm using French versions of Windows, and I remember having experienced in the past issues with some applications, due to the fact that the decimal separator for numbers in France in the comma ( , ) and not the dot ( . ) as in US or GB.

So I changed in the Win configuration panel, the decimal separator, from comma to dot.
And that fixes the issue, the Latitude and Longitude display fine in the Airport editor!

I think you can reproduce this if you try to set a comma as decimal separator, in an English version of Windows.

So this is a turnaround for now anyway, strange that I'm the first one to raise this issue!

But would there be a way for AIFP to take this difference internally into account?

Resource contributor
Never thought to investigate that aspect. But, that does suggest an issue in AIFP anyway - or, perhaps, a conflict between AIFP and windows. AIFP replaces "," with "." in numeric entries prior to doing any calculations. So, why isn't that replacement effective? Looks like I've got some investigation to do.

Alright, thanks for your help Don, in the meantime, I will use the workaround by changing the decimal separator in Windows.
G

Resource contributor
Indeed, there was a problem in AIFP. Due to a coding error, the substitution of "." for the ","s was not effective. The fix will be available in the next release.